🌟 New!  Highlight your strengths and improve your abilities with the Complexity Leadership Quotient. Take Now 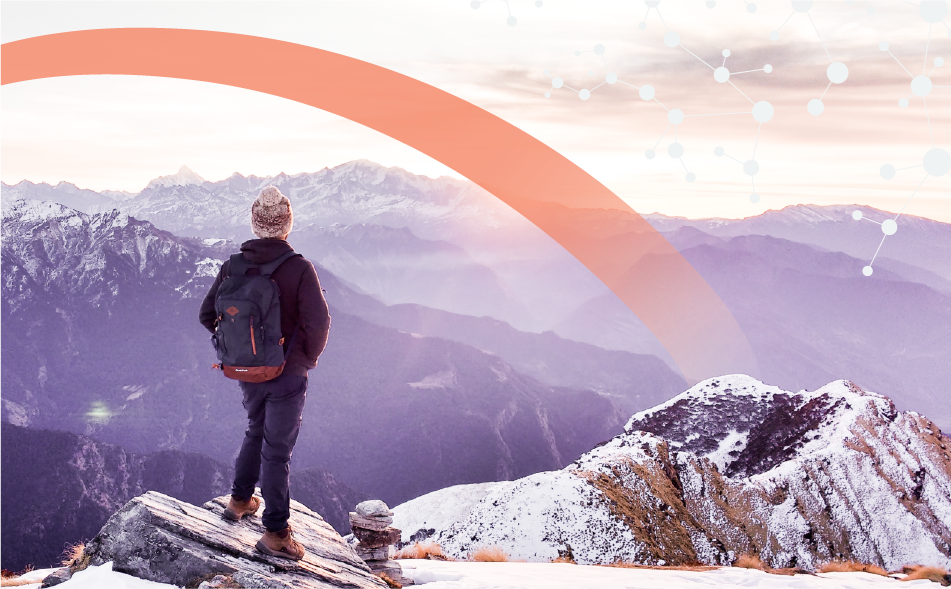 Do you find yourself wishing things would return to 'normal'?

You are not alone. Many healthcare leaders hope that as they adjust to the 'new normal', a sense of clarity and calm will return.

But the truth is, uncertainty is here to stay, and what we're considering as the 'new normal' will likely continue to be defined by the complexity of continuous periods of growth and change.

For most people, this state of uncertainty is profoundly uncomfortable. Our brains and nervous systems, so exquisitely adapted for survival, thrive in certain and predictable situations.

If we are to live and flourish in an unpredictable world, the question becomes, how can we lead ourselves and others effectively when we have no idea what will happen next?

To truly thrive and be a strong leader in times of complexity, a new set of skills are needed. Skills that will help you stop trying to control your circumstances using techniques from the past and instead adapt to new challenges by finding alternative ways to move forward.

We all know people who seem to be able to roll with the punches and be highly adaptable, no matter what life throws at them. But 'going with the flow and leaning into the uncertainty of your circumstances is often easier said than done - especially when you feel bound by protocols and procedures.

But leaning into uncertainty is a skill you can learn by adopting new habits and developing a level of internal discipline over your brain's natural response to uncertainty.

The next time you find yourself in an unfamiliar situation, try this:

Instead of using information from the past to try and predict the outcome of this unfamiliar situation, try being curious:

Asking questions allows you to orient yourself to the new situation you're in and opens up your mind to alternative ways to move forward.

A mental health team is crumbling under the weight of the number of referrals for services they've received over the pandemic.

Their administration wants them to increase their responsiveness to referrals but doesn't have the funds to hire more counsellors.

The team is stuck in a traditional mindset and defaults to the thinking that more counsellors are needed to provide more service to more referrals. Without more counsellors, the only other option they have is to reduce service, which they feel calls into question the integrity and efficacy of their work.

The situation feels overwhelming and unsolvable.

As a complexity leader, you take a step back and adopt a curious stance.

You ask the following questions to your team to help them orient themselves to the situation and open their minds to new solutions:

Self as an Instrument of Change

When operating in uncertain circumstances where cause and effect have broken down, achieving clear outcomes or deliverables can be challenging. On top of that, if you're stuck in a fixed mindset, trying to do things the way they've always been done, while not achieving your outcomes can be immensely frustrating and overwhelming.

However, leading effectively through these murky waters can be done if you adopt a growth mindset that focuses less on achieving specific goals and more on continual progress and improvement.

At first, adopting a growth mindset might be very confronting to your sense of status or expertise. A growth mindset pushes you to challenge your assumptions and move beyond your comfort zone, and it also forces you to step back from assuming that your personal bias and viewpoint are correct.

Once you understand that transparent communication and feedback are the only ways to counter bias and find a way forward, you will be a more effective instrument of change. Adopting a growth mindset will improve your outlook, and it will also show your team that you can lead by example.

Amin, a physician leader, felt he was losing the trust and goodwill of his team.

Though Amin believed that he was a good leader who consistently led by example and was willing to take on the lion's share of the work, he struggled to get his team engaged, and his staff felt divided on how they wished to move forward.

Amin was operating from his assumptions that everyone must feel comfortable and unanimously agree with the way forward to avoid conflict. Through trying to force a consensus so that they could move towards a specific outcome, Amin's team became increasingly frustrated and divided, which eroded the confidence they had in his leadership.

As a complexity leader, Amin realized that he needed to help the group shift their perspective to find a way forward. He started by examining his assumption that everyone needed to agree. Although it made him uncomfortable and opened him up to conflict, Amin allowed the group to align and make a decision, though there was not consensus from every member of the team.

Stepping back from his own bias and adopting a growth mindset where progress matters more than a specific outcome, Amin became a more effective instrument of change.

As people become increasingly overwhelmed with the demands of complexity, challenging behaviour, disengagement, resignations, and poorer performance are on the rise.

To help people move past overwhelm and keep them from burning out completely, it's critical that you create psychological safety and foster clarity by finding the right balance between relationships and results. This means honouring people's discomfort while inspiring them to grow and build the capacity to meet challenges head-on.

One study interviewed 60,000 employees and asked them about their leader's core capabilities. The results highlighted that less than 1% of leaders were seen to be effective in both the results and relationship domains (Rock, D. How Leaders Fail. 2014).

This study is a big red flag that, as a leader, you're likely to prefer either results or relationships, which can show up as inconsistent leadership and hold your team back from growth.

How does this show up in real life:

In organizations with a heavy focus on relationships, there are often complaints about a lack of trust. Instead of focusing on the vision and purpose of their work, time and attention go to interpersonal conflicts and complaints about lack of fairness.

These teams tend to be very concerned with keeping everyone happy, and in doing so, no one ends up happy.

Relationship-focused teams require a cultural shift to put the attention back on the why of the work so that everyone is driven by purpose, with their attention focused on a larger goal rather than on resolving individual complaints.

In contrast, the results-oriented leader often feels a strong need to achieve outcomes and tries to avoid wading into what they consider to be the uncomfortable emotional and relational domain.

Team members have a clear sense of purpose in results-driven teams but often complain that they feel exploited or unheard.

By cross-training in the skills you need to balance results and relationships during complexity, you can inspire your team members to higher levels of sustained performance while also keeping them happy and engaged. 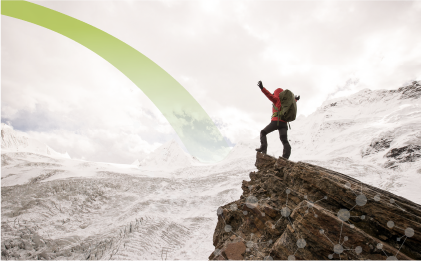 How a nurse manager reduced staff turnover and burnout, improved team morale and created a culture of excellence through her complexity leadership training. 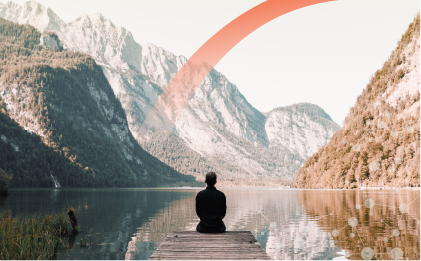 The Complexity Leadership Quotient is a brief leadership quiz that gives you feedback on 3 critical skills needed to lead effectively in an increasingly complex world and how you can work to improve them. 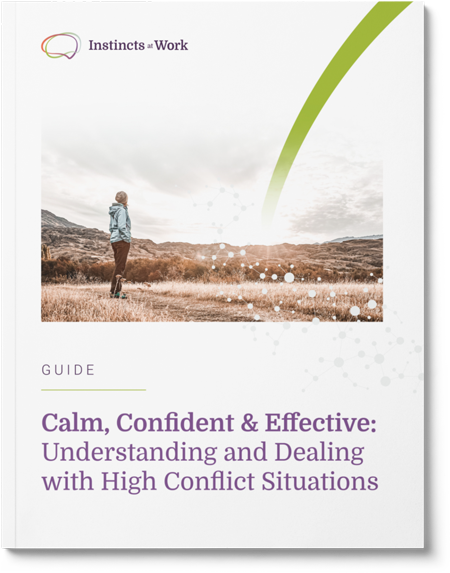 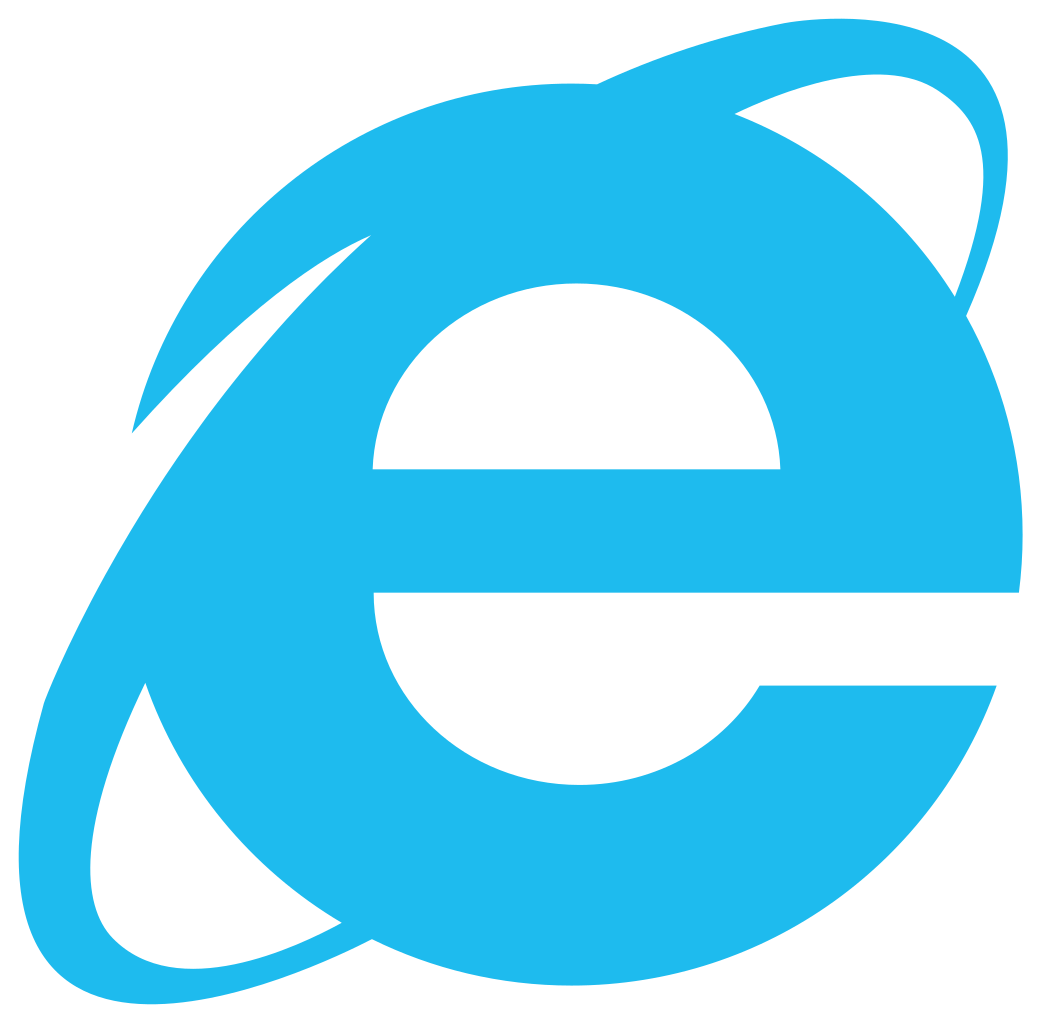 Hey, your browser is out of date!

We've noticed you're currently using an old version of IE.
We really recommend you update your browser.

Chrome
By using this website, you agree to the storing of cookies on your device to enhance site navigation, analyze site usage, and assist in our marketing efforts. View our Privacy Policy for more information.
DenyAccept